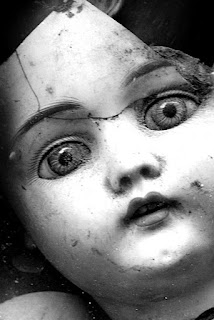 A few weeks ago I was having one of those conversations on social media about the upcoming bio-pic of Cosey Fanni Tutti based on her book "Art Sex Music". It turns out that the film will be directed by Andrew Hulme of O Yuki Conjugate fame ... I mentioned that I met Andrew on a few occasions in the late 1970's / early 1980's, the first time being at the "Waking Up Newark" festival at the Palace Theatre in Newark in 1980. Andrew was involved in one (if not some) of the bands playing. From Newark and the surrounds there was Subway Razor and Passive Resistance. Members of these bands did morph in to OYC. Another voice then joined the conversation ... Nick Cope who was also involved with Subway Razor and/or Passive Resistance. I saw Nick play the Ad Lib in Nottingham in 1981 either as 'Music From The Death Factory' or 'Tiab Guls' ... like a new dawn my memory fades. Nick went on to become 391 and then Metamorphosis.
In 1981 myself (with Dave Uden and Mark Collins) recorded two tracks for a compilation cassette that was to be issued with the last ever copy of Newark fanzine "Cautious Talk Seduces Young Children". We spent a day (again) at the Palace Theatre in Newark along with Passive Resistance, D+7 and Menticide who were also recording for the cassette. We recorded as E.S.P. Disk-rd and the tracks were called 'Radical Art' and 'Instrumental'. I am pretty certain the tape/'zine never came out ..

Anyway, this brief foray in to social media conversation made me dig out the O Yuki Conjugate 4xLP / DVD / 7" EP Box Set "Ambiguism 1983 - 1987" on the Vinyl On Demand label. 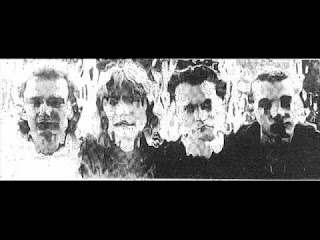 "Kyrie" is from the album "Scene In Mirage" released in 1984 on A-Mission Records. A-Mission Records was the label operated by Possession member Gordon Hope, he also put out the stunning Metgumbnerbone LP "Ligeliahorn". "In The Bog Garden" is from the LP "Rumours Of Music". This is an album of unreleased material from 1983-84. The track the programme finishes with, "Mute Calm" is from the LP "Soundtracks", again, another album of unreleased material.
I did dig deep in to my tape archives to see if I had any recordings from the 'Waking Up Newark' days but unfortunately the search proved fruitless ... however I did find a tape of old that featured the three minute opening track ... no idea who or what it is but it seemed a good track to open with.
I doubt whether Vinyl On Demand have any O Yuki Conjugate boxes left but copies can be picked for around £45-50 via Discogs. OYC themselves have recently resurfaced more information can be found here : http://www.oyukiconjugate.com

The Jim Haynes track comes from the LP "Flammable Materials From Foreign Lands". I am happy to announce that Jim will be playing live in June at the Dartington Space Studios (home to SoundArt Radio) along with Nocturnal Emissions and Alice Kemp. The date is Saturday June 6, details to follow. The two Mattias Gustafsson pieces are from his latest album "Frusen Musik". 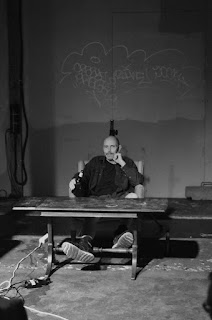 The two Robert Turman pieces are from the LP "Macro". Originally released as a cassette in 2012 on the American Fabrica label the album was re-issued on vinyl in 2015 on the Italian La Délirante label. Copies can be got here : https://ladelirante.bandcamp.comhttps://ladelirante.bandcamp.com
Dome seemed to fit afterwards so I played a track from Dome "3" for that reason.

This programmes "On This Day" section features The Desperate Bicycles and a track from their debut LP "Remorse Code" which they put out themselves on their Refill Records imprint in 1980. The Desperate Bicycles formed in 1977 and were more or less finished by the time "Remorse Code" was released. A staunch DIY / Independent group they released a quartet of 7" singles and one LP in 3 years of existence. I never saw them live, they hardly played live and certainly never made it to the East Midlands. They are a treasured band from my youth. 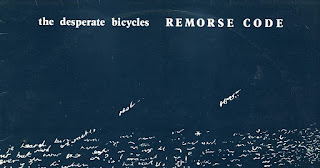 Sterile Garden is the project of Portland, Maine based sound artist Jacob Deraadt. The piece here comes from the split cassette with Les Horribles Travailleurs. "Urban Blight Catalog" is a collection of City sounds made during their 2019 European tour. The cassette is released by US label Basement Tapes and can be found here : https://leshorriblestravailleurs.bandcamp.com/album/sterile-garden-les-horribles-travailleurs-sound-and-city-split?fbclid=IwAR2RgifActPt6OvZXBYW65N-fQ19VHRY83Xv2NHGNLCJojbtlCWfG8r7UH8 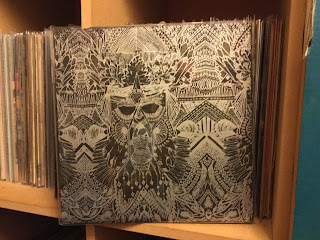 Last November I ventured south to see Drekka live in Plymouth. Whilst chatting to Michael (Drekka) about his Bluesanct label he pointed me towards Timber Rattle and their "Phantoms Of Place" album. It has taken me a few months to 'get in to" this LP and the sound of Timber Rattle, but now I find it hard to get off the turntable, often suiting my 'post-work' mood. I know little about Timber rattle other than they are from California and have just finished a US tour with Drekka and Mykel Boyd. Bluesanct can be found here : http://www.bluesanct.com
Blood Rhythms are also from America, this time Seattle in Washington State. Blood Rhythms is the project of Arvo Zylo. The piece here is from the LP "Civil War". "Paris Window" also features noises from Bruce Lamont and Dave Phillips. The album itself is wonderfully packaged in a gatefold sleeve and comes with an art booklet with works by Bradley Kokay, Sarina Brewer and The Reverend Steven Leyba. 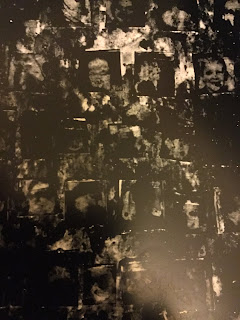 It is on Arvo's own No Part Of It label. https://nopartofit.bandcamp.com
The Kant track comes from a 7" I got a few years back when I bought a pile of 'Drone Records' from a chap on the Internet, he kindly threw in some extras as it made no difference to the postage and the Kant single was one of the extras. Information on the project is scant but Mykedroner is a Norwegian label ... so ... 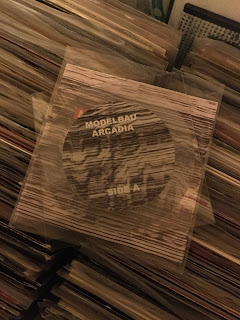 I'm not a big fan of lathe cut singles. I have a few that simply don't play. Singles from Thorsten Soltau, Neil Campbell, Stephen Meixner, Colin Potter ... they either skip, pop and dance or the aperture isn't big enough to fit the spindle on my deck. I don't seem to have the same problem with lathe cut LP's ... just singles, and mainly 5" singles at that. But ... I could not resist the new 5" lathe cut from Modelbau! And it plays! Double-sided and on the American Humanhood label it is ultra limited. Still available as a file though : https://humanhoodrecordings.bandcamp.com/album/arcadia 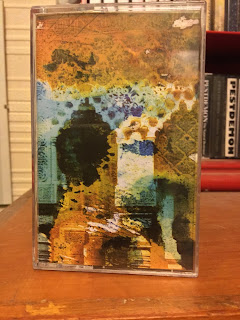 The two pieces from Claus Poulsen and Stuart Chalmers are from the cassette "Fictions In The Age Of Reason" released by Bristol based boutique label Aphelion Editions. Released in an edition of 50 on cassette and 50 on CDR copies are available here : (Digital album also available) :
https://aphelioneditions.bandcamp.com/releases

Whilst playing sounds from the early 1980's at MuhMur HQ I dug out some Human League. This was the last decent record they released ... 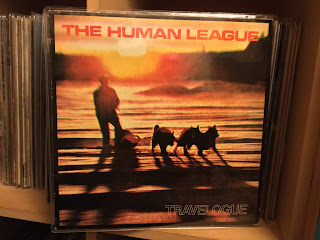 ..."Dreams Of Leaving" is from this album.
Please take a listen : https://www.mixcloud.com/muhsteve/muhmur-radio-broadcast-27-february-
2020/

A chance meeting at weird garden event last year in Lincoln with Gavin Morrow has brought me in to the sonic world of Grey Frequency. Gavin ... 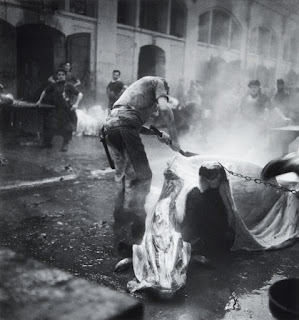