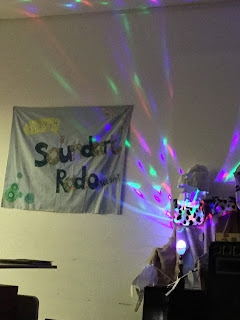 The last broadcast (12:09:2019) was not available in some countries via the MixCloud Archive Page and for that I apologise. I playlisted Side A of the Gonzo LP  "Ruido(s)" as one track, it plays like one piece but the mandarins of MixCloud automatically listed the five separate titles and this constitutes a copyright breach in some countries. (USA for certain). I did delete the original posting and re-upload without a playlist but unfortunately this plan (let's call it Plan B) didn't work. Again, I apologise. Hopefully it shall never happen again. 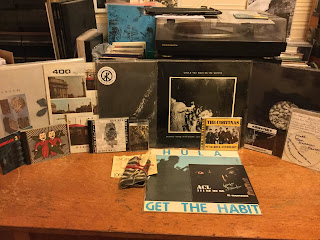 Perhaps one of the landmark releases this year has been the 15xLP Box Set "Châsse" by Soviet France on Vinyl On Demand Records. (I know they've been using the :Zoviet*France: name for quite a while now but to me they are always Soviet France - I file their releases under "S"). The box is now long since sold out at source and is now retailing at double the original selling price, but VOD have  released the LP's as single items ... and this gives me the opportunity of filling a couple of gaps in my 1980's Soviet France collection. Also, the re-issue of the old 10"EP "Gris" comes with unreleased tracks from 1985. These single issue albums are also selling fast! A couple of friends did buy a copy of "Châsse" and mentioned how they were enjoying rediscovering the sounds so I decided to do the same and play "Popular Soviet Songs And Youth Music", the 2xTape release from 1985. Side one track on is "Tier Of Veils" which brought to mind the Organum piece "Veil Of Tears" from the album of the same name. And the broadcast begins ....
Soviet France's "Veil (Sloe Semen)" is also from the "Popular Soviet Songs And Youth Music" tapes.

Paul Harrison was the man behind the Fiend Recordings label as well as recording / releasing as Expose Your Eyes and being a floating member in Smell & Quim. He is also one half of Jazz Buffoon with Neil Campbell. Lately he has been recording with Chandor Gloomy as Hairs Abyss. The track here is from Paul's last solo release "A True And Full Account Of The Foundation Of Musick,Or,As Principally Therein, Of The Existence Of The Natural Notes Of Melody". A self released CDR from 2017. 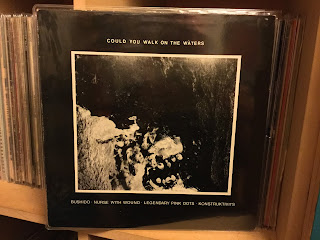 After digging out a couple of old Soviet France albums I got wrapped up in a 1985 bubble here at Hartop Towers and dug out the compilation LP "Could You Walk On The Waters". The Nurse With Wound track is from this LP. The horn sample on the piece is taken from the 1978 LP by free jazz space age rockers Nu Creative Methods called "Nu Jungle Dances". "Tears" by Konstruktivists is also from this compilation and was recorded in 1981.
Always excited when a new album from Trepaneringsritualen appears. The piece here is lifted from "Algir : Eller Algir I Merkstave". Two side long pieces of dark occult ritual visitations.
"Fāltspatt" by Dieter Müh is from the compilation LP (double album + 7" single) "Stein". Back in 2012 Bruno Ebers of Verlautbarung asked me for a piece that reflects 'Stone' for this project and I immediately was drawn towards Haytor Rock. I have been living in the shadow of Haytor Rock for the past seventeen years. I see her everyday she is my horizon in the West. All sounds on this piece were recorded in and around Haytor Rock and manipulated by myself and Schuster. (AKA Tim Bayes). The compilation also features exclusive tracks from MNEM, AmPh, Contrastate, Ochu, Enklav and Feine Trinkers Bei Pinkels Daheim amongst others. Well worth hunting out. Copies are still available here : http://www.millstonevinyl.se/verlautbarung/ 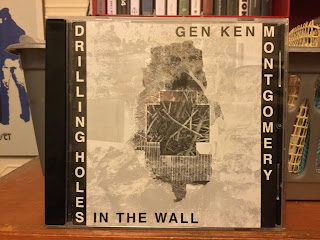 The Gen Ken Montgomery track is from the compilation album "Drilling Holes In The Wall". It's a previously unreleased piece from 1988. "New Age Machines (Part One)" was released on the LP "Beyond My Ken" on Geometrico Records in 1988. Gen Ken gets his name because he is ran a record shop in New York called "Generator". 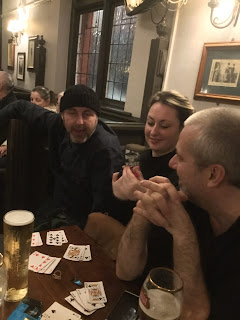 John Paul in The Dog & Partridge.

"Nuts" is the debut single by John Paul coming after last years Harbinger Sound album "No Filter". The voice maybe familiar to those who listen to Sleaford Mods as John collaborated with them on their "Austerity Dogs" LP and took over the B-Side of the 7" "A Little Ditty" with the classic "I'm Shit At It". The line "These Nuts May Contain Nuts" really grabs this tune, especially when Johns' voice is slowed down - makes me smile overtime. Excellent 12", the B-Side contains an instrumental mix of "Chin In" (from the LP) called 'The Dog & Partridge Mix'. A couple of years ago I went for a drink or two and a game of cards with John Paul in The Dog & Partridge, a pub in the City Centre of Nottingham.
Back to 1985 bubble and Hula "Bad Blood" the B-Side to the 12" "Get The Habit". 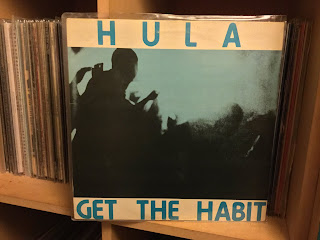 There was a short time in 1985 and I used to live in Sheffield (the Meersbrook area), and I got to see Hula play live a few times, usually at The Leadmill. Their live performances used to be a sensory overload with films and slide projections surrounding the venue whilst Hula played their hungry so angry disjointed industrial funk. For that brief period I got to meet their saxophonist Simon Crump, pop round his for a cup of tea. He used to be (probably still is) a collector of vintage radios.
'On This Day' in 1978 The Cortinas "True Romances" album was released on CBS. The album is not as good as the first two singles - the ones on Step Forward Records, and The Cortinas dissolved more or less after the album had been recorded.
Nocturne are a French project operated by Saphi. Saphi is also a member of Le Syndicat. The track here is from the compilation CD "Tonwellen 3 Konferenz". The CD was produced to celebrate the Tonwellen Festival in Leipzig earlier this year. The vocals bring to mind AntiChildLeague. 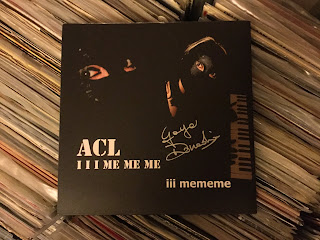 The Tuesday Night Machines are from Kōln, Germany. I read a review of the C20 cassette "Wæver" on the Vital Weekly website and it sounded intriguing. "Wæver" is a twenty piece (split in to two parts) of improvised synth sounds created on an AE Modulator. It reminds my ears of old electronic tapes from the mid-late 1970's ... has an air of early Throbbing Gristle about it. The Tuesday Night Machines (not a name I particularly like) have their own band camp page if you want to hear more. https://nightmachines.bandcamp.com I've bought their "Hawaiian Yurt Music" cassette and will hopefully play it on an upcoming broadcast.
Anyway - please take a listen, and as I mentioned the first three minutes or so things sound a bit awry as I try and find a working CD player.
https://www.mixcloud.com/muhsteve/muhmur-radio-broadcast-26092019/

Next broadcast is on Thursday October 10. 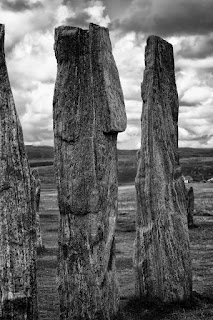